CM2.0/2.1 chondriteChondrites are the most common meteorites accounting for ~84% of falls. Chondrites are comprised mostly of Fe- and Mg-bearing silicate minerals (found in both chondrules and fine grained matrix), reduced Fe/Ni metal (found in various states like large blebs, small grains and/or even chondrule rims), and various refractory inclusions (such (Yamakawa and Yin, 2013)
Genomict RegolithMixture of unconsolidated rocky fragments, soil, dust and other fine granular particles blanketing the surface of a body lacking an atmosphere. Regolith is the product of "gardening" by repeated meteorite impacts, and thermal processes (such as repeated heating and cooling cycles).   BrecciaWork in Progress ... A rock that is a mechanical mixture of different minerals and/or rock fragments (clasts). A breccia may also be distinguished by the origin of its clasts: (monomict breccia: monogenetic or monolithologic, and polymict breccia: polygenetic or polylithologic). The proportions of these fragments within the unbrecciated material
(with thermally metamorphosed (dehydrated) and Tagish Lake-like components) 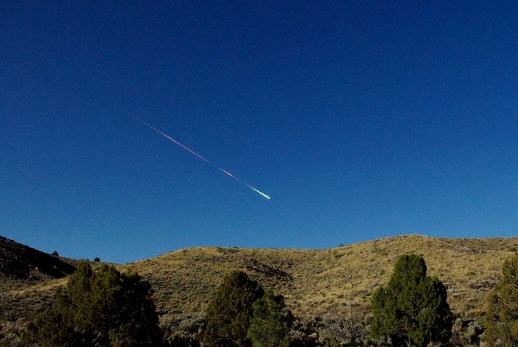 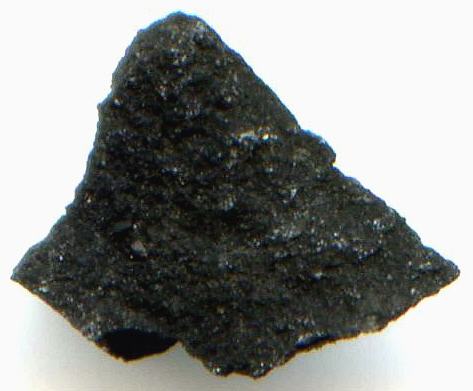 Fell April 22, 2012
38° 48′ 14′ N., 120° 54′ 29′ W. On Earth Day 2012, April 22 at 7:51 A.M., a fireballA fireball is another term for a very bright meteor, generally brighter than magnitude -4, which is about the same magnitude of the planet Venus as seen in the morning or evening sky. A bolide is a special type of fireball which explodes in a bright terminal flash at its end, often with visible fragmentation. accompanied by a sonic boom was seen, heard, and even smelled by local residents as it streaked over California and Nevada moving in a generally western direction. As the approximately 70-ton, 3-m-sized object reached an altitude of 48 km at a speed of 28.6 (±0.7) km/second, it exploded with the release of energy equivalent to an ~4-kiloton explosion (Jenniskens et al., 2012). Fragments of ‘black gold’ fell within a strewn fieldArea on the surface containing meteorites and fragments from a single fall. Also applied to the area covered by tektites, which are produced by large meteorite impacts. Strewnfields are often oval-shaped with the largest specimens found at one end. Given that the largest specimens go the greatest distance, a meteoroid's encompassing the towns of Lotus and Coloma, including the location of the first discovery of California gold in 1848 at Sutter’s Mill. 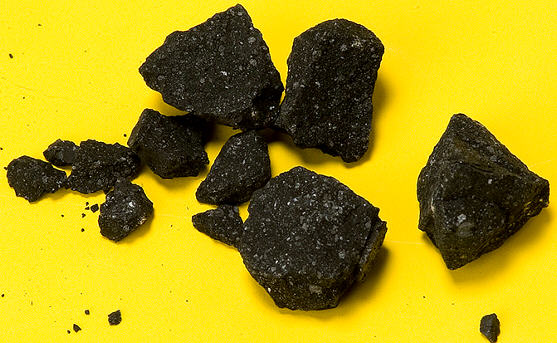 The photo above shows the broken fragments of a stone that impacted a parking lot, which were immediately recovered by Dr. Peter Jenniskens.

April 22nd Sutter Mills Meteor from Shon Bollock on Vimeo.
Only known video of the fall of the Sutter’s Mill meteorite, inadvertently caught on a GoPro by Shon Bollock

An X-ray computed tomography video of Sutter’s Mill 18. The image resolution is 14 micron/voxel and the field of view is ~2 × 3 cm².
Courtesy of Yin Lab at UC Davis.
note: reload page to repeat this video