EH5
Impact-melt brecciaWork in Progress ... A rock that is a mechanical mixture of different minerals and/or rock fragments (clasts). A breccia may also be distinguished by the origin of its clasts: (monomict breccia: monogenetic or monolithologic, and polymict breccia: polygenetic or polylithologic). The proportions of these fragments within the unbrecciated material
(EHb5 in Weyrauch et al., 2018) 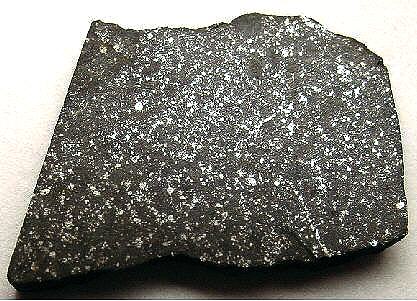 Fell July 10, 1914
43° 44′ N., 1° 23′ E. Around 2:00 on a July afternoon, people in Haute Garonne, France heard detonations and observed the fallMeteorite seen to fall. Such meteorites are usually collected soon after falling and are not affected by terrestrial weathering (Weathering = 0). Beginning in 2014 (date needs confirmation), the NomComm adopted the use of the terms "probable fall" and "confirmed fall" to provide better insight into the meteorite's history. If of a meteorHow long Sonic booms Of the several 10s of tons of cosmic material entering Earth's atmosphere each day, only about one ton reaches the surface. An object's chance of survival depends on its initial mass, speed and angle of entry, and friability (tendency to break up). Micrometeoroids radiate heat so. A meteoriteWork in progress. A solid natural object reaching a planet’s surface from interplanetary space. Solid portion of a meteoroid that survives its fall to Earth, or some other body. Meteorites are classified as stony meteorites, iron meteorites, and stony-iron meteorites. These groups are further divided according to their mineralogy and weighing ~14 kg was recovered 1.5 km south of Saint-Sauveur. The owner of the field in which it fell, Antoine Esculie, donated the stone free of charge to the Museum of Toulouse (R. Mathieu). 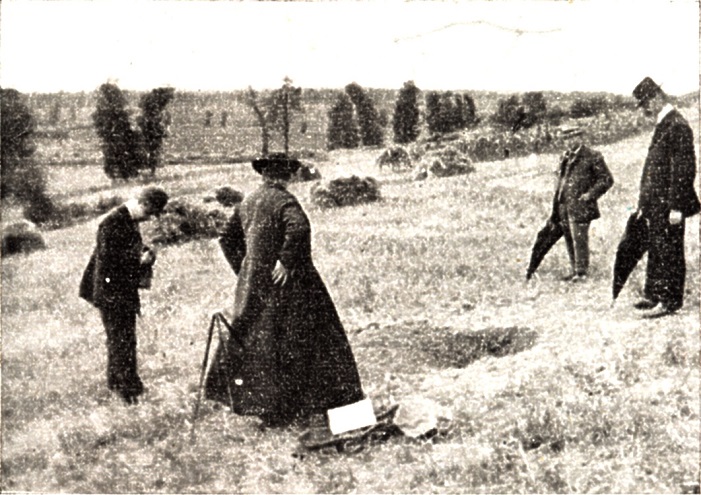 Photo courtesy of Société d’Histoire Naturelle de Toulouse
Originally published in the Bulletin de la Société d’Histoire Naturelle de Toulouse, vol. 93 (1958), by G. Astre.
Pictured L–R: Gaston Astre, geologist and naturalist, director of the Museum of Toulouse (1944–1962); Guillaume Champagne, priest of Saint-Sauveur; unidentified neighbor; Barthélémy Cazemajou, mayor of Saint-Sauveur Saint-Sauveur is a member of the high-Fe group of enstatiteA mineral that is composed of Mg-rich pyroxene, MgSiO3. It is the magnesium endmember of the pyroxene silicate mineral series - enstatite (MgSiO3) to ferrosilite (FeSiO3). chondritesChondrites are the most common meteorites accounting for ~84% of falls. Chondrites are comprised mostly of Fe- and Mg-bearing silicate minerals (found in both chondrules and fine grained matrix), reduced Fe/Ni metal (found in various states like large blebs, small grains and/or even chondrule rims), and various refractory inclusions (such, one of a very small number classified as petrologic typeMeasure of the degree of aqueous alteration (Types 1 and 2) and thermal metamorphism (Types 3-6) experienced by a chondritic meteorite. Type 3 chondrites are further subdivided into 3.0 through 3.9 subtypes. 5. It is considered to be an impact-melt breccia, and has been weakly shock metamorphosed to stage S3 corresponding to a shock pressure of ~10 GPa. Shock features include planar fractures and twinned clinoenstatite lamellae within orthopyroxeneOrthorhombic, low-Ca pyroxene common in chondrites. Its compositional range runs from all Mg-rich enstatite, MgSiO3 to Fe-rich ferrosilite, FeSiO3. These end-members form an almost complete solid solution where Mg2+ substitutes for Fe2+ up to about 90 mol. % and Ca substitutes no more than ~5 mol. % (higher Ca2+ contents occur, and the occurrence of opaque veins of kamaciteMore common than taenite, both taenite and kamacite are Ni-Fe alloys found in iron meteorites. Kamacite, α-(Fe,Ni), contains 4-7.5 wt% Ni, and forms large body-centered cubic crystals that appear like broad bands or beam-like structures on the etched surface of a meteorite; its name is derived from the Greek word and troiliteBrass colored non-magnetic mineral of iron sulfide, FeS, found in a variety of meteorites..

A few other E chondrites with intermediate mineralogy have also been identified, including LAP 031220 (EH4), QUE 94204 (EH7), Y-793225 (E-an), LEW 87223 (E-an), and PCA 91020 (possibly related to LEW 87223). Studies have determined that these meteorites were not derived from the EH or EL source through any metamorphic processes, and some or all of them could represent separate E chondrite asteroids. The revised E chondrite classification scheme of Weyrauch et al. (2018) including selected examples from their 80-sample study can be found here. It was determined that Saint-Sauveur is a member of the EHb subgroup.