Class of hydroxyl-bearing silicateThe most abundant group of minerals in Earth's crust, the structure of silicates are dominated by the silica tetrahedron, SiO44-, with metal ions occurring between tetrahedra). The mesodesmic bonds of the silicon tetrahedron allow extensive polymerization and silicates are classified according to the amount of linking that occurs between the minerals with a sheet-like structure. They result from aqueous alteration are dominantly serpentineName used for a large group of phyllosilicate minerals with the generalized formula X2-3 Y2 O5 (OH)4. Due to their various structures (meteoritics focuses primarily on (Fe, Mg)3Si2O5(OH)4), serpentine can be used to understand the chemistry and progress of aqueous alteration (hydration) of olivine, amphibole, or pyroxene dating back to and smectite in meteorites; found in the matrixes of carbonaceous chondritesChondrites are the most common meteorites accounting for ~84% of falls. Chondrites are comprised mostly of Fe- and Mg-bearing silicate minerals (found in both chondrules and fine grained matrix), reduced Fe/Ni metal (found in various states like large blebs, small grains and/or even chondrule rims), and various refractory inclusions (such. Phyllosilicates consist of repeating sequences of sheets of linked tetrahedra (T) and sheets of linked octahedra (O). The T sheet consists of linked silicaSilicon dioxide, SiO2. tetrahedra with a hydroxylRefers to the OH- ion. group, (OH), at center of 6-fold tetrahedral rings. 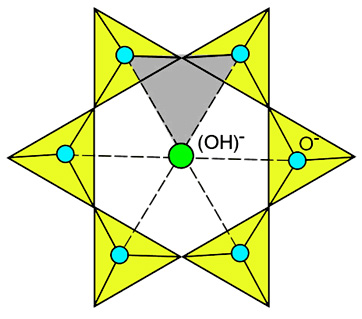 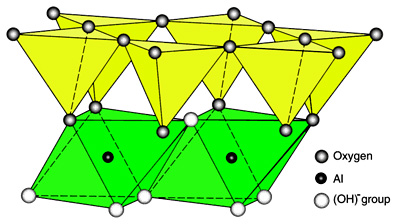 SubstitutionReplacement of one ion or ionic group for another in the same structural site in a mineral yielding a solid solution. Most substitution in minerals is of cations which are smaller and essentially sit in a lattice of oxygen anions. Anionic substitution does occur in halides. Substitutions are classified based of Al3+ for Si4+ in T layer yields a net negative charge, which is balanced by positively charged interlayer cations (K+, Na+, Ca2+) in the true micas. 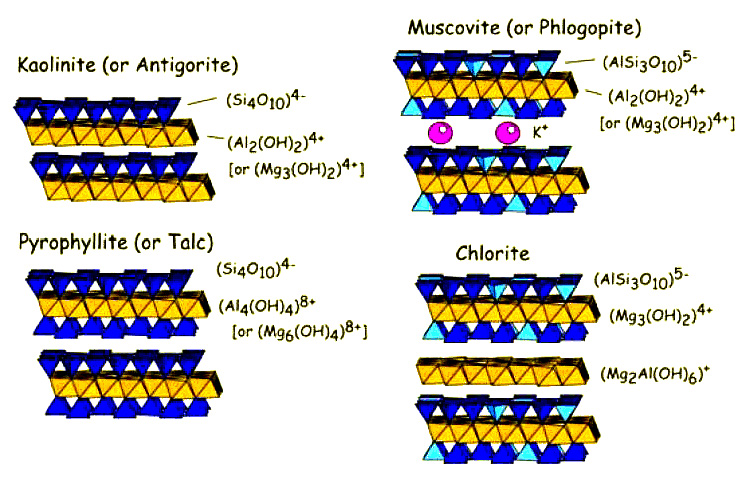 Important phyllosilicate minerals are given in the table below: 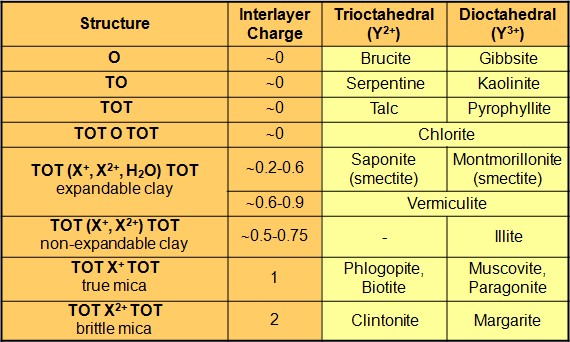