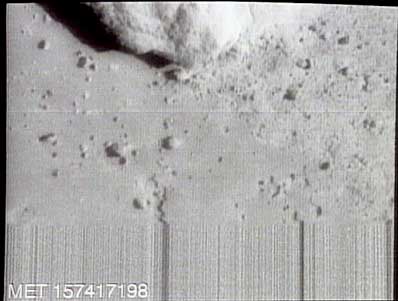 The surface of Eros from NEAR prior to loss of transmission.
Image measures 20 feet across. NASA photo.
Category: Ordinary-H
Leave a Reply Cancel reply