AcapulcoitePrimitive achondrite that belongs to a small group named after the Acapulco meteorite that was observed to fall in Mexico in 1976. Acapulcoites are made mostly of fine-grained olivine (Fo3-14), orthopyroxene(En86-97), Ca-rich pyroxene (En51Wo44), plagioclase (An12-31), Ni-Fe metal, and troilite. They are transitional between primordial chondritic matter and more differentiated, FeO-rich
Acapulcoite–LodraniteRare type of primitive achondrite named after the Lodran meteorite that fell in Pakistan in 1868. Initially, lodranites were grouped with the stony-iron meteorites because they contain silicates (olivine, orthopyroxene, and minor plagioclase) and Fe-Ni metal in nearly equal proportions. However, since discovery of the closely related acapulcoite group, lodranites Clan 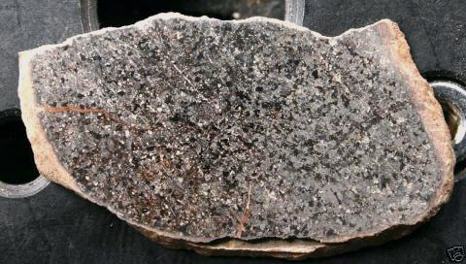 Purchased November 2005
no coordinates recorded A 222 g [231 g] partially fusion-crusted stone, which was found in Algeria, was eventually marketed in Erfoud, Morocco. The stone was purchased by American collectors and a portion was submitted for analysis to both the Northern Arizona University (J. Wittke and T. Bunch) and the University of Washington in Seattle (A. Irving). Northwest Africa 2775 was classified as an acapulcoite (see MetBull 91). 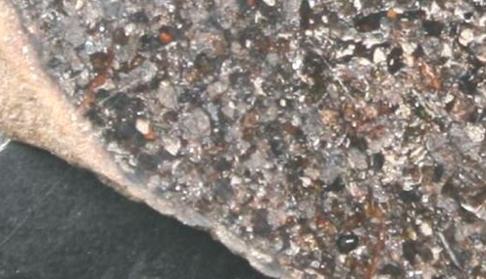