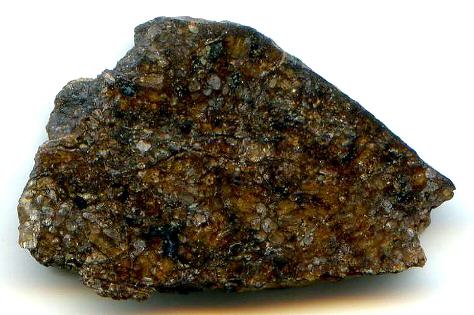 click on photo for a magnefied view Found 2010
no coordinates recorded A small, relatively fresh stone weighing 50.5 g was found in the Sahara and designated NWA 6350. Analysis was conducted by the University of Washington in Seattle (A. Irving), and NWA 6350 was initially determined to be a likely pairing with the fusionProcess in which two lighter atomic nuclei combine to form a heavier atomic nucleus. Very high temperatures are normally required in order for atomic nuclei to collide with sufficient energy to overcome the Coulomb barrier (their mutual electrostatic repulsions). Fusion that occurs under high-temperature conditions is called thermonuclear fusion. Fusion crusted, 39.1 g aubrite, NWA 5217, found in 2007 in Morocco. Thereafter, it was considered likely that it was a member of a large pairing group, additionally comprising the NWA-series numbers 4537, 4799, 4832, 4871, 5217, 5419, 6193, 6675, and probably the largest and least weathered mass, 7214, all of which together weigh 5,047.6 g. 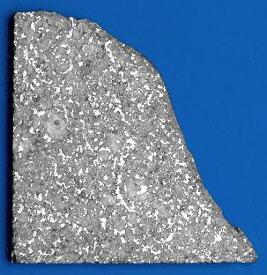 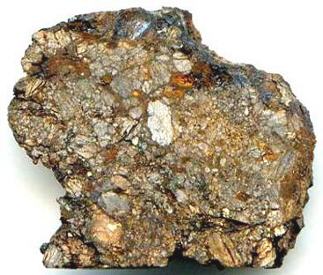 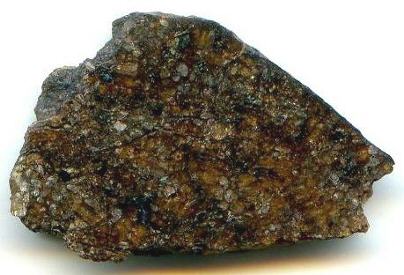