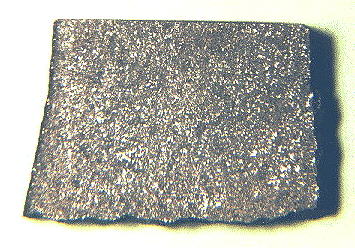 A few other E chondrites with intermediate mineralogy have also been identified, including LAP 031220 (EH4), QUE 94204 (EH7), Y-793225 (E-an), LEW 87223 (E-an), and PCA 91020 (possibly related to LEW 87223). Studies have determined that these meteorites were not derived from the EH or EL source through any metamorphicRocks that have recrystallized in a solid state due to changes in temperature, pressure, and chemical environment. processes, and some or all of them could represent separate E chondrite asteroids. The revised E chondrite classification scheme of Weyrauch et al. (2018) including selected examples from their 80-sample study can be found here. It was determined that Pillistfer is a member of the ELa subgroup.