Silica groupMminerals formed exclusively from silica. There are ten known silica polymorphs, two of which are synthetic. Five of the naturall polymorphs are related by reconstructive transformations and can exist metastably: stishovite, coesite, quartz, tridymite, and cristobalite. Conditions to form coesite and stishovite are attained only during meteoroid impacts where there mineralInorganic substance that is (1) naturally occurring (but does not have a biologic or man-made origin) and formed by physical (not biological) forces with a (2) defined chemical composition of limited variation, has a (3) distinctive set of of physical properties including being a solid, and has a (4) homogeneous in which the tetrahedra occur in sheets. Tetrahedra alternately point up or down to share oxygenElement that makes up 20.95 vol. % of the Earth's atmosphere at ground level, 89 wt. % of seawater and 46.6 wt. % (94 vol. %) of Earth's crust. It appears to be the third most abundant element in the universe (after H and He), but has an abundance only with tetrahedra of other sheets, forming six-sided rings perpendicular the sheets. Tridymite has a fairly open structure and accommodates Na+, K+ and Ca2+; charge balance is achieved by Al3+ ↔ Si4+. Tridymite is found in terrestrial volcanicIgneous rock that forms from cooling magma on the surface of a planet or asteroid. rocks, lunar rocks and martian meteorites, IVA and lIE iron meteorites, eucritesMost common type of achondrite meteorite and a member of the HED group. Eucrites are basalts composed primarily of pigeonite and anorthite (An60-98). Eucrites have been placed into three subgroups based on mineralogical and chemical differences. • Non-cumulate eucrites represent the upper crust that solidified on a magma ocean after, mesosiderites, and enstatiteA mineral that is composed of Mg-rich pyroxene, MgSiO3. It is the magnesium endmember of the pyroxene silicate mineral series - enstatite (MgSiO3) to ferrosilite (FeSiO3). chondritesChondrites are the most common meteorites accounting for ~84% of falls. Chondrites are comprised mostly of Fe- and Mg-bearing silicate minerals (found in both chondrules and fine grained matrix), reduced Fe/Ni metal (found in various states like large blebs, small grains and/or even chondrule rims), and various refractory inclusions (such. 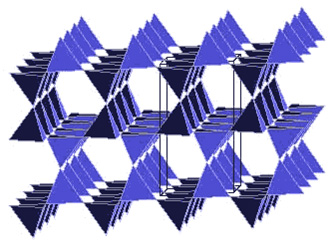