Ureilite
Monomict/Unbrecciated
Olivine–augiteHigh-Ca clinopyroxene, (Ca,Mg,Fe)SiO3, that occurs in many igneous rocks, particularly those of basaltic composition. In order to be considered augite, the clinopyroxene must contain 20 to 45 mol % of calcium (Wo20 - 45). An important and unique Martian meteorite is NWA 8159, that has been classified as an augite basalt. 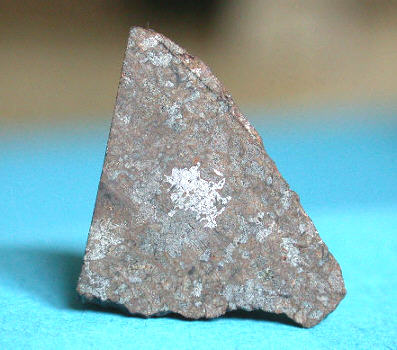 Found 1994
28° 46.66′ N., 12° 20.13′ E. A single stone weighing 136 g was found in the Libyan Sahara, and was classified at the Institut für Planetologie in Münster as a pyroxene-rich (pyroxeneA class of silicate (SiO3) minerals that form a solid solution between iron and magnesium and can contain up to 50% calcium. Pyroxenes are important rock forming minerals and critical to understanding igneous processes. For more detailed information, please read the Pyroxene Group article found in the Meteoritics & Classification category./pyroxene + olivineGroup of silicate minerals, (Mg,Fe)2SiO4, with the compositional endpoints of forsterite (Mg2SiO4) and fayalite (Fe2SiO4). Olivine is commonly found in all chondrites within both the matrix and chondrules, achondrites including most primitive achondrites and some evolved achondrites, in pallasites as large yellow-green crystals (brown when terrestrialized), in the silicate portion = 65 vol%), unbrecciated ureilite. It has been weathered to grade 3 and exhibits only weak shock features (S3), as reflected in planar fractures and undulatory extinctionIn astronomy, the dimming of starlight as it passes through the interstellar medium. Dust scatters some of the light, causing the total intensity of the light to diminish. It is important to take this effect into account when measuring the apparent brightness of stars. The dark bands running across portions in the silicates. However, the presence of possible shock-produced diamonds within carbon-rich areas suggests that some shock features might have been erased during annealing. 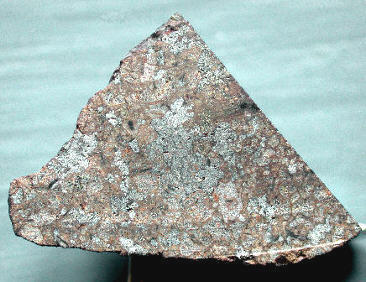