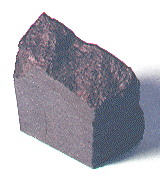 Found March 26, 1906
32° 24′ N., 87° 0′ W. A 310-pound, quadrangular, pyrimidal-shaped stone was found buried in a hayfield in Dallas County, Alabama, near the road to Summerfield; this location was about 2 miles NW of Selma. The significantly weathered meteoriteWork in progress. A solid natural object reaching a planet’s surface from interplanetary space. Solid portion of a meteoroid that survives its fall to Earth, or some other body. Meteorites are classified as stony meteorites, iron meteorites, and stony-iron meteorites. These groups are further divided according to their mineralogy and measured 20.5 inches long by 20 inches wide by 13 inches thick. The finder, Mr. John W. Coleman of Selma, believed the meteorite might correspond to a bolideA very bright fireball that breaks apart in the atmosphere with a minimum brightness approximately equivalent to the full moon. that was seen and heard by many witnesses on July 20, 1898 at around 9:00 P.M.. Mr. Coleman was quoted as saying they saw a ‘brilliant meteorHow long Sonic booms Of the several 10s of tons of cosmic material entering Earth's atmosphere each day, only about one ton reaches the surface. An object's chance of survival depends on its initial mass, speed and angle of entry, and friability (tendency to break up). Micrometeoroids radiate heat so pass through the air leaving a trail of fire ten or twelve feet long’. The Selma meteorite was the largest known stony meteoriteMeteorite composed of silicate minerals, but that may have up to 25% Ni-Fe metal by weight. Stony meteorites are extremely heterogeneous as a group, ranging from samples of primordial matter that have remained more or less unchanged for the last 4.56 Ga (chondrites) to highly evolved younger rocks from differentiated in the U.S. for more than a decade.

Quoting a letter from Chester A. Reed to Walter M. Jackson dated February 25, 1935: ‘Our records also show that the Selma specimen was offered to the Museum by Mr. Coleman, June 29, 1906, sent on approval October 6, 1906, and that final payment was made January 29, 1907.’ Selma has a very high total iron content of over 22%, and its chondrulesRoughly spherical aggregate of coarse crystals formed from the rapid cooling and solidification of a melt at  ~1400 ° C. Large numbers of chondrules are found in all chondrites except for the CI group of carbonaceous chondrites. Chondrules are typically 0.5-2 mm in diameter and are usually composed of olivine are extremely variable with a high degree of fragmentation. Several interesting thin section photos from the Selma meteorite are presented and described by John Kashuba in the September 2014 Meteorite Times Magazine, and an excellent petrographic thin sectionThin slice or rock, usually 30 µm thick. Thin sections are used to study rocks with a petrographic microscope. micrograph of Selma is shown below courtesy of Peter Marmet. The specimen of Selma shown above is a 21.6 g partial slice. 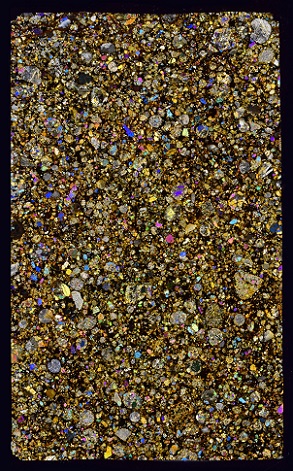 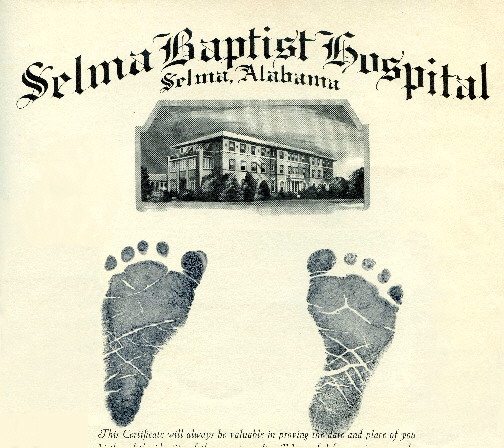