Rock that has been made temporarily molten as a result of the energy released by the impact of a large colliding body. Impact melts include small particles, known as “impact melt spherules” that are splashed out of the impact craterCrater formed by high-speed impact of a meteoroid, asteroid, or comet on a solid surface. Craters are a common feature on most moons (an exception is Io), asteroids, and rocky planets, and range in size from a few cm to over 1,000 km across. There is a general morphological progression, and larger pools and sheets of melt that collect in low areas within the craterBowl-like depression ("crater" means "cup" in Latin) on the surface of a planet, moon, or asteroid. Craters range in size from a few centimeters to over 1,000 km across, and are mostly caused by impact or by volcanic activity, though some are due to cryovolcanism.. Melts are composed predominantly of the target rocks, but can contain a small but measurable amount of the impactor. 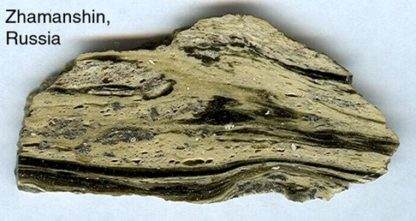