Lunar MareBroad low plains surrounded by basin-forming mountains, originally thought to be a sea (pl. maria). This term is applied to the basalt-filled impact basins common on the face of the Moon visible from Earth.   BasaltBasalt is the most common extrusive igneous rock on the terrestrial planets. For example, more than 90% of all volcanic rock on Earth is basalt. The term basalt is applied to most low viscosity dark silicate lavas, regardless of composition. Basalt is a mafic, extrusive and fine grained igneous rock 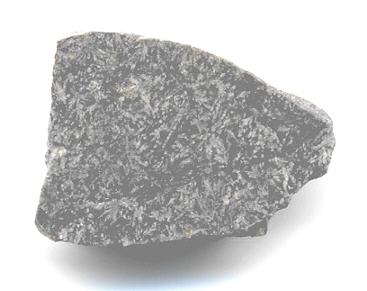 Found 2005/2006
no coordinates recorded A single fusion-crusted stone weighing 137 g was found in the Sahara Desert. It was sold by the finder to German dealer S. Ralew in 2007, and a sample was submitted to the Museum für Naturkunde (A. Greshake) in Berlin, Germany for analysis and classification under the designation NWA 4898.