On the morning of Oct 12, 1838, there was a cloudless sky without wind, when about 9am, there was a strange noise in the air, resembling thunder and a brilliant fireballA fireball is another term for a very bright meteor, generally brighter than magnitude -4, which is about the same magnitude of the planet Venus as seen in the morning or evening sky. A bolide is a special type of fireball which explodes in a bright terminal flash at its end, often with visible fragmentation. Click on Term to Read More and smoke stream passed overhead. This spectacle terrified many who observed it, including local tribesmen and South African colonials. Numerous stones were recovered, including one that was too large to transport by horse (according to one report). Unfortunately, most of these stones did not survive and only a relatively-small amount was saved and put into museum collections.

This meteoriteWork in progress. A solid natural object reaching a planet’s surface from interplanetary space. Solid portion of a meteoroid that survives its fall to Earth, or some other body. Meteorites are classified as stony meteorites, iron meteorites, and stony-iron meteorites. These groups are further divided according to their mineralogy and Click on Term to Read More was quite different from any previously seen, and it later was revealed to be the first witnessed fallMeteorite seen to fall. Such meteorites are usually collected soon after falling and are not affected by terrestrial weathering (Weathering = 0). Beginning in 2014 (date needs confirmation), the NomComm adopted the use of the terms "probable fall" and "confirmed fall" to provide better insight into the meteorite's history. If Click on Term to Read More of a CM meteorite. Modern analysis shows that this meteorite is a carbonaceous chondriteCarbonaceous chondrites represent the most primitive rock samples of our solar system. This rare (less than 5% of all meteorite falls) class of meteorites are a time capsule from the earliest days in the formation of our solar system. They are divided into the following compositional groups that, other than Click on Term to Read More of the CM2 type.

Numerous reports of the event exist, including this interesting note. “Dr. Truter, civil commissioner of Worcester, at the time of the fall observed the windows of his office shake as if by an earthquake, and the mercury in his barometer was found to be depressed to the lowest point of its range throughout the year. Attention was first excited by a violent explosion, followed by a rumbling noise, like that from a heavy wagon passing over stony ground; when, on looking up, they saw a blue stream of smoke, as if from fired gunpowder, passing over from SW to NE.”

An interesting anecdote from many years after the fall : One person said that he has seen a fine meteorite in the hands of a farmer in the country; it was picked up nearly sixty years ago, by a Hottentot, who saw it fall, and by him it was given to his master, the grandfather of the present possessor. This man has refused fifty dollars for it, as the captain of a ship said it would secure the possessor against the effects of a thunder storm.

There are no reviews yet. 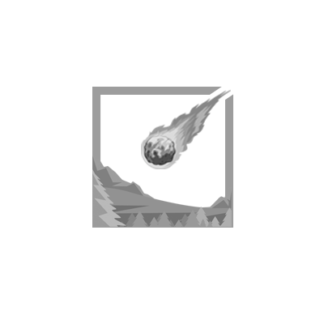