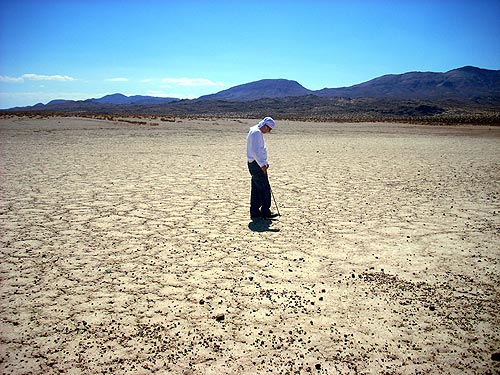 MeteoriteWork in progress. A solid natural object reaching a planet’s surface from interplanetary space. Solid portion of a meteoroid that survives its fall to Earth, or some other body. Meteorites are classified as stony meteorites, iron meteorites, and stony-iron meteorites. These groups are further divided according to their mineralogy and hunting can be a very satisfying endeavor that may take you to the farthest reaches of the Earth. Though a collector of meteorites may never become a hunter of meteorites, both the hunter and collector should be aware of the laws governing the collection and collecting of meteorites. We are not lawyers and can, at best, only offer our perspectives and personal guidelines on these complex issues. However, we can state with confidence that the large majority of meteorites available to collectors are legal to own and were found and acquired in accordance to the laws of their country of origin.

In the United States, meteorites belong to the person, business or government agency upon whose land they fallMeteorite seen to fall. Such meteorites are usually collected soon after falling and are not affected by terrestrial weathering (Weathering = 0). Beginning in 2014 (date needs confirmation), the NomComm adopted the use of the terms "probable fall" and "confirmed fall" to provide better insight into the meteorite's history. If or are found. Meteorites found on federal lands, such as land owned by the Bureau of Land Management (BLM), may belong to the federal government. There are many online resources available, including the BLM (check out their FAQs on Meteorites on Public Lands), to learn more about hunting on federal lands. We shall leave it to the reader to research this topic further, because coming as no surprise, dealing with any government agency is difficult. Fortunately, if you findMeteorite not seen to fall, but recovered at some later date. For example, many finds from Antarctica fell 10,000 to 700,000 years ago. a meteorite on your land, buy a meteorite from someone who found it on their land, search for and retrieve meteorites with permission of the landowner, or receive it from a person or institution that has a legal right to it, then the meteorite is legally yours.