Charge on an ionAtom with a net electrical charge because it has lost, or gained, one or more electrons relative to the number possessed by a neutral atom of the same element. A positively charged ion (cation) has fewer electrons than a neutral atom; a negatively charged ion (anion) has more. reflecting gained or lost electrons. For example, an iron atom that has lost two electron, Fe2+, is described as having a valence of 2. Typical valences in geological materials are shown below. 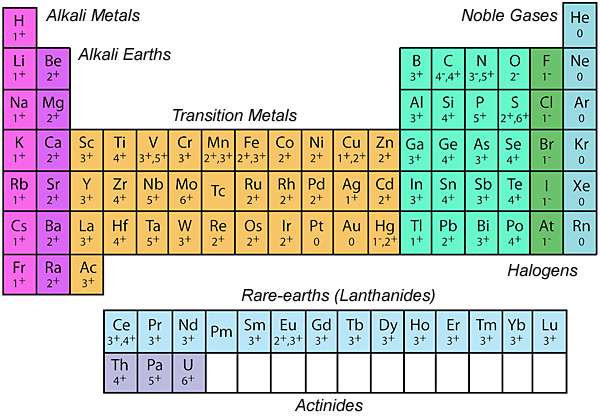