Four largest of Jupiter’s moons: Io, Europa, Ganymede and Callisto. Discovered independently by Galileo and Marius, Galileo proposed that they be named the “Medicean stars,” in honor of his patron Cosimo II de Medici. However, the present names are due to Marius. 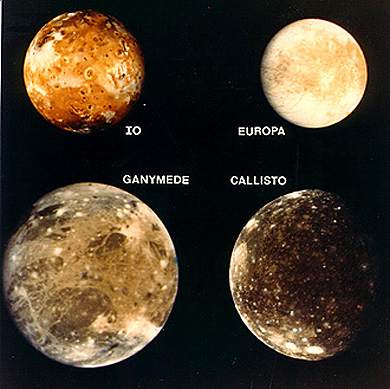