TEKTITES
AND OTHER IMPACT-RELATED MATERIAL 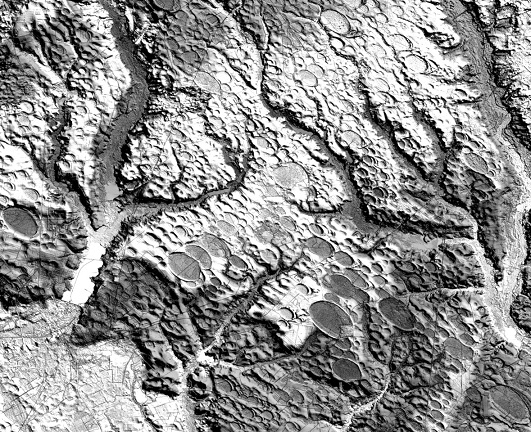 A suspect ejecta blanketGenerally symmetrical apron of ejecta surrounding a crater; it is thick at the crater's rim and thin to discontinuous at the blanket's outer edge. imaged with LIDAR, showing a portion of 45,000+ co-aligned sand bed voids scaling from 100 meters to several kilometers,
aligned systematically by latitude, with robust adherance to only 6 different archetype ovoid shapes, which are now referred to as ‘Davias archetypes’ by investigators. Image credit: M. Davias—Cintos Research; Caption credit: Thomas H. S. Harris (2015), ‘Suborbital Deconvolution Of Ejecta And Strewn’ A correlated cosmic impact origin for the Australasian tektites (and certain other tektites), the Carolina Bays, and an elongated, oval, ‘thumb-like’ depression in Saginaw Bay, Michigan (historically attributed to glacial erosionRemoval of weathered rocks by moving water, wind, or ice.), has been conjectured by Davias and Harris (2015) in ‘A Tale Of Two Craters: Coriolis-Aware Trajectory Analysis Correlates Two Pleistocene Impact Strewn Fields And Gives Michigan A Thumb’. Their hypothesis is supported by forensic evidence (e.g., target rock composition, zirconOrthosilicate mineral, Zr(SiO4), observed in all terrestrial rocks type and in ordinary chondrites, eucrites, mesosiderites, and lunar rocks. age) and sub-orbital calculations.

An example martian oblique impact crater with a butterfly-shaped ejecta blanket overlain on a Google image of Saginaw Bay
GIF images courtesy of Michael E. Davias—‘Correlating the Orientation of Carolina bays to a Cosmic Impact’ 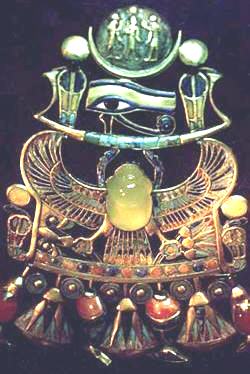 Similar to LDG, the high-silica Dakhleh Glass (DG) from the Dakhleh Oasis in the Western Desert of Egypt, probably derives from a low-altitude airburst ~120 (±40) t.y. ago into Pleistocene lacustrine sediments (Osinski et al., 2008). Many of the black to dark-gray DG specimens are vesiculated on the upper surface, sometimes exhibiting impressions of grass and reed vegetation on the underside, some containing burnt sediments. Dakhleh Glass is predominantly a mixture of glass and crystallites. Pictured below is an olive-green, filigree-like moldaviteTektite type whose name is derived from the Moldau (Vltava) river in the Czech Republic where the first pieces were identified. The vast majority of moldavites originate from the Czech Republic where they are mined. Moldavites are generally translucent with extensive etching, and forest green to olive green in color., a member of the Central European strewn field associated with the 14.68 (±0.11) m.y. old, 24-km-wide Nördlinger Ries impact crater in Germany (Laurenzi et al., 2003; Vincenzo and Skála, 2008). The 3.8-km-wide Steinheim Basin crater, located 42 km west-southwest of the Ries crater, is considered to have been formed during the same event, attesting to a binary asteroid impact. Through 3-D hydrocode simulations (Stöffler et al., 2002), it was determined that the two impact projectiles, with diameters of 1.5 km and 0.15 km, impacted at an angle of 30–50° from the horizontal at a velocity of ~20 km/s. The leading shock waveAbrupt perturbation in the temperature, pressure and density of a solid, liquid or gas, that propagates faster than the speed of sound. impacted the target material, consisting of both weathered and unweathered, unconsolidated, Middle Miocene silica-rich sands, with lesser amounts of clays and carbonates, generating temperatures of ~40,000°C (Skála et al., 2009). The superheated melt was distributed up to 400–500 km away in a symmetrical, ~60° fan-shaped jet, the remnant of which today is represented by the moldavite strewnfields of South Bohemia, Moravia, the Cheb Basin, northern Austria, and Lusatia. Rapid cooling and solidification of the melt ensued, leading to the formation of tektites. Moldavites accumulated from melt particles of variable chemical composition. The ultimate shape of moldavites is a result of etching by groundwater in an acidic, permeable environment. They are virtually water-free and incorporate cations that reflect differentiationA process by which a generally homogeneous chondritic body containing mostly metal, silicates and sulfides will melt and form distinct (differentiated) layers of different densities.   When the melting process continues for a long enough period of time, the once chondritic body will re-partition into layers of different composition including based on ionic size, a result of their formation (fractional condensation) at plasma temperatures (von Engelhardt et al., 2005). Shock forces from the Ries impact created shattercones in the limestoneA common form of calcium carbonate (CaCO3). Other common forms of CaCO3 include chalk and marble. layer below.

The four photos below represent tektites from the two remaining recognized strewnfields, along with an impact glass similar in composition to the LDGs: 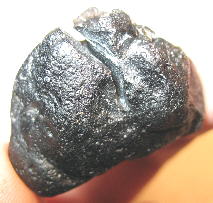 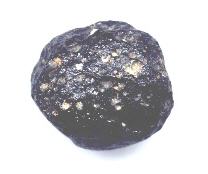 Still other impact glasses have been found to be associated with craters: 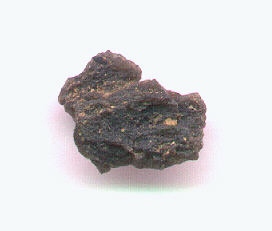 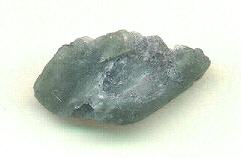 In addition to these, the Monturaqui glasses are associated with a ~100 t.y. old, 370-m-wide crater located in the Atacama Desert, Chile, and since 2012 thousands of small splash-form tektites (or impact glass) have been recovered in the central region of the Atacama Desert and termed ‘Atacamaites’, but no associated crater has yet been found (Devouard et al., 2014). Also, at least seven distinct horizons of impact glass have been identified in loess-like deposits of the Pampeano Formation of Argentina (Schultz et al., 2002, 2004):

A unique Central American tektite-like glass strewn field has been established in western Belize, but recent finds have extended the area to encompass at least 6400 km² encompassing southern Mexico, Nicaragua, Honduras, Guatemala, San Salvador, and possibly Costa Rica (H. Povenmire et al., 2014; Koeberl and Schulz, 2016; H. Povenmire, 2016). While the first account of these tektite-like glass samples was published by A. Hildebrand et al. (1992), the first undisputed specimens to be authenticated by lab analyses were recovered by J. Cornec. Over 500 specimens exhibiting typical tektite-like morphologies and low water content (~80 ppmParts per million (106).) are estimated to have been recovered thereafter, in large part as a result of three hunting expeditions led by B. Burrer. These objects often occur in clusters in newly cleared agricultural lands. A precise Ar–Ar age of 769 (±16) t.y. was determined by Schwarz et al. (2016), which is younger than the age of Australasian tektites. Moreover, the compositional (e.g., SiO2 contents) and isotopic differences (e.g., Sr–Nd, Os) that exist between the Australasian tektites and the Belize tektite-like glasses indicate that they represent separate impact events. Measurements of cosmogenic 10Be by Park et al. (2018) also support the assumption that Belize tektite-like glasses derive from a separate source from that of Australasian tektites (see chart below). 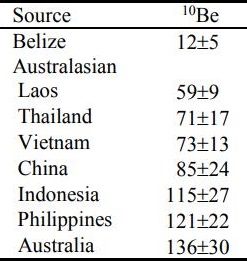 Chart credit: Park et al., 49th LPSC, #1296 (2018) The ~12-km-wide Pantasma Crater in northern Nicaragua has been identified as a possible source of the Belize tektite-like glass (Povenmire et al., 2011, 2012; Rochette et al., 2017). The Rb–Sr and Sm–Nd isotopic compositions for 12 samples are more similar to terrestrial mantleMain silicate-rich zone within a planet between the crust and metallic core. The mantle accounts for 82% of Earth's volume and is composed of silicate minerals rich in Mg. The temperature of the mantle can be as high as 3,700 °C. Heat generated in the core causes convection currents in values than to other tektites, and indicate that the impact source rock was either volcanic in origin or that these objects are actually volcanic glasses (Koeberl et al., 2015). Results from a combined Re–Os isotopeOne of two or more atoms with the same atomic number (Z), but different mass (A). For example, hydrogen has three isotopes: 1H, 2H (deuterium), and 3H (tritium). Different isotopes of a given element have different numbers of neutrons in the nucleus. and platinum-group elementSubstance composed of atoms, each of which has the same atomic number (Z) and chemical properties. The chemical properties of an element are determined by the arrangement of the electrons in the various shells (specified by their quantum number) that surround the nucleus. In a neutral atom, the number of analysis conducted by Koeberl and Schulz (2016) support the hypothesis of a local (Central American arc) volcanic origin for the precursor material without incorporation of an extraterrestrial component. With respect to their extensive database recording magnetic signatures of tektites, impactites, and various types of natural glasses, Hoffmann et al. (2016) found that the Belize tektite-like glasses are most similar to impactiteSlag-like glassy object found on surface of the Earth formed from rock melted by the impact of a meteor. This word is also applied to rocks that have been affected by impact (impact breccia, suevite, etc.) The backscattered electron photograph below shows the impactite’s complex internal structure. glass. Photos of Belize specimens can be found in the article Belize Tektites by Brian C. Burrer, published in MeteoriteWork in progress. A solid natural object reaching a planet’s surface from interplanetary space. Solid portion of a meteoroid that survives its fall to Earth, or some other body. Meteorites are classified as stony meteorites, iron meteorites, and stony-iron meteorites. These groups are further divided according to their mineralogy and Times Magazine (April 2011).

Other impact-related glasses have been found around the world. Three specimens of a 24 m.y. old impact glass have been recovered in Western Siberia near Novy Urengoi, known as Urengoites. A single 6.2 m.y. old piece of impact glass has been found near Magnitogorsk in the Urals, named South-Ural glass. Besides their petrographic characteristics, these glasses contain very low water contents compared to glasses of volcanic origin, and are therefore suspected to be of impact origin. Bottle-green-colored microtektites have been found in a coreIn the context of planetary formation, the core is the central region of a large differentiated asteroid, planet or moon and made up of denser materials than the surrounding mantle and crust. For example, the cores of the Earth, the terrestrial planets and differentiated asteroids are rich in metallic iron-nickel. sample from the South Tasman Rise in the Indian Ocean, which have been dated to 4.6–12.1 m.y. ago (D. Kelly and L. Elkins-Tanton, 2004). These microtektites have been geochemically associated with impact glasses from Bahía Blanca, Argentina, dated at ~5.28 (±0.04) m.y. ago, and indicate that a large impact event occurred. Basaltic clasts analysed from this impact-melt glass show close similarities to known angrites (Harris and Schultz, 2009). Pictured at the top of the page (bottom row in the middle) is a tektite-like glass commonly referred to as a Colombianite (or Amerikanite), which has generally been considered to be of terrestrial volcanic origin due to a high water content, in spite of its strong resemblance to a tektite. Recently, Vajda et al. (2017), Gómez et al. (2017), and Ocampo et al. (2017) described impact-related materials including microspherules as well as these tektites, or ‘Calitites’ (photo credit: Ocampo et al., 2017, #2832) associated with a buried elliptical (36 × 26 km) impact crater—Cali Crater—located near Cali, Columbia and dated at 3.25 (±0.04) m.y. (weighted mean age). 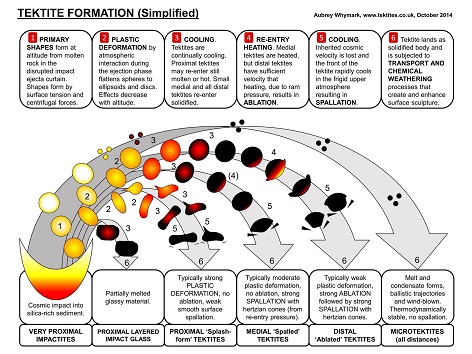