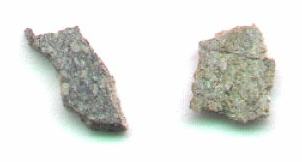 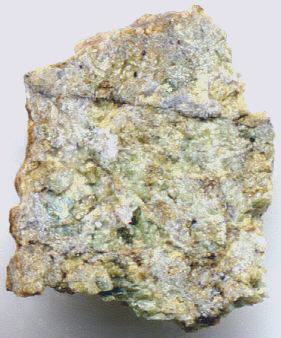 Found September 2000
~26° 49′ N., ~12° 49′ W. While visiting the Western Sahara, American meteoriteWork in progress. A solid natural object reaching a planet’s surface from interplanetary space. Solid portion of a meteoroid that survives its fall to Earth, or some other body. Meteorites are classified as stony meteorites, iron meteorites, and stony-iron meteorites. These groups are further divided according to their mineralogy and collector M. Killgore purchased three meteorite fragments from local nomads. The three fragments, weighing 50 g, 224 g, and 359 g (totaling 633 g), were all recovered in close proximity, and it is apparent that they constitute a single meteorite. The findMeteorite not seen to fall, but recovered at some later date. For example, many finds from Antarctica fell 10,000 to 700,000 years ago. location was reported to be a desert plain near Dchira, Western Sahara. Subsequent paired finds include Anoual [5.92 g], NWA 2700 [31.7 g], NWA 2727, NWA 2977, NWA 3160 [34 g], NWA 3170 [60 g, photo courtesy of S. Ralew], NWA 3333 [33 g], NWA 6950 [1,649 g], NWA 7007 [91 g, photo credit: Kuehner et al., 2012], NWA 8127 [529 g], NWA 10656 [262.5 g, diabase, photo credit: Valencia et al., 2017, #2483], and NWA 10985 [250 g]. The individual meteorites composing this lunar pairing group represent a wide variation in composition including both extrusiveRefers to igneous rocks erupted on a planetary body's surface. and intrusiveRefers to igneous rocks that crystallized underground. lithologies.

Image credit: A. Calzada-Diaz et al.
MAPS, vol. 50, #2, p. 219 (2015)
‘Constraining the source regions of lunar meteorites using orbital geochemical data’
(http://dx.doi.org/10.1111/maps.12412) The lunar meteorites Y-793274, QUE 94281, and EET 87521/96008 share many compositional characteristics with NWA 773 and may have experienced a similar petrogenesis. With the recovery of NWA 773, representing lower-crustal olivine gabbro, our ability to understand the Moon’s early history has been greatly enhanced. The top photo above shows both the cumulate lithology and the breccia which constitute the NWA 773 meteorite. The specimen on the left is a 0.094 g cut fragment of the dark-colored polymict breccia component, pervaded by fragments of the cumulate lithology and other diverse mineral and lithic clasts, while the specimen on the right is a 0.085 g cut fragment of the olivine gabbro cumulate component consisting of green to tan olivine crystals within pyroxene, interspersed with black chromiteBrownish-black oxide of chromium and iron (Cr-Fe oxide), Cr2FeO4, found in many meteorite groups. grains and transected by a small shock-melt vein. An enlarged photo of this cumulate specimen is shown as well.