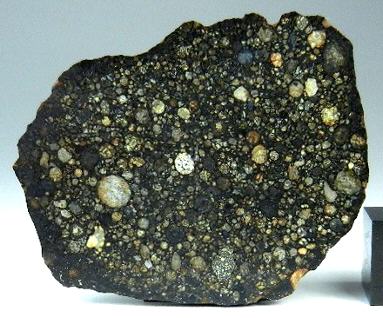 Purchased 2005
no coordinates recorded Three conjoint fragments of an unequilibrated chondriteA chondrite with heterogeneous mineral compositions (e.g., olivine grains with differing FeO/(FeO+MgO) ratios., having a combined weight of 1,805 g, were found in the Sahara Desert and sold to G. Hupé in Erfoud, Morocco. This meteoriteWork in progress. A solid natural object reaching a planet’s surface from interplanetary space. Solid portion of a meteoroid that survives its fall to Earth, or some other body. Meteorites are classified as stony meteorites, iron meteorites, and stony-iron meteorites. These groups are further divided according to their mineralogy and was analyzed and classified at Northern Arizona University (J. Wittke and T. Bunch) as an L-type ordinary chondriteWork in Progress Ordinary chondrites (OCs) are the largest meteorite clan, comprising approximately 87% of the global collection and 78% of all falls (Meteoritical Society database 2018)1. Meteorites & the Early Solar System: page 581 section 6.1 OC of type 5 or 6 with an apparent shock stage of S1,. 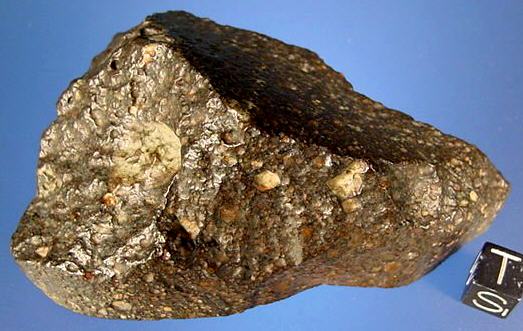