MesosideriteOne of two main types of stony-iron meteorite, the other being pallasites. Mesosiderites are a mixture of approximately 50% basaltic, gabbroic and orthopyroxenitic silicates and 50% Ni-Fe metal and sulfides. The name derives from the Greek "mesos" meaning "middle" or "half" and "sideros" for "iron;" hence "half-iron". The silicates are, group 3A 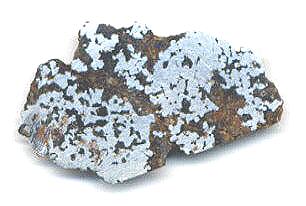 Purchased
no coordinates recorded Three fragments of a stony-iron meteoriteMeteorite composed of roughly equal amounts by weight of silicate minerals and Ni-Fe metal. The stony-irons consist of two groups: mesosiderites and pallasites. However, there is gradual shading into metal-rich stony meteorites such as the lodranites (once considered stony-irons) and silicate-rich iron meteorites. Stony-iron meteorites are less abundant than their weighing together 288 g were found in Northwest African and sold to a collector in Rissani, Morocco. The meteoriteWork in progress. A solid natural object reaching a planet’s surface from interplanetary space. Solid portion of a meteoroid that survives its fall to Earth, or some other body. Meteorites are classified as stony meteorites, iron meteorites, and stony-iron meteorites. These groups are further divided according to their mineralogy and was classified at the University of Münster, Germany (A. Bischoff) as a mesosiderite, while a 3A subtype was assigned to this meteorite by the Natural History Museum of Bern, Switzerland (B. Hoffmann). This mesosiderite has been shocked to stage S2 and is relatively unweathered with a grade of W0/1. Further information about the mesosiderite grouping scheme can be found on the Bondoc page. 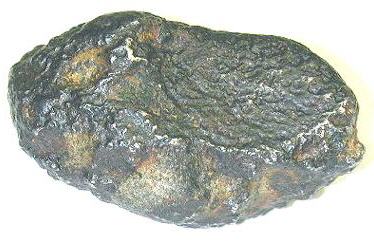 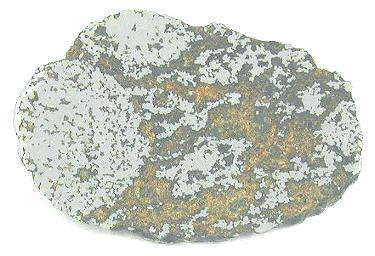