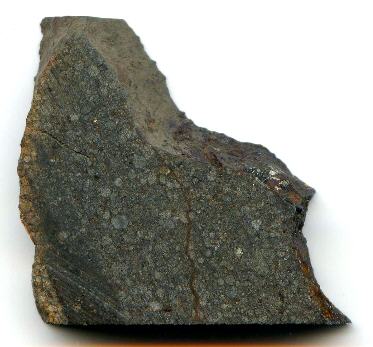 Found 1916
39° 07′ 27′ N., 98° 10′ 04′ W. A single 4,018 g meteoriteWork in progress. A solid natural object reaching a planet’s surface from interplanetary space. Solid portion of a meteoroid that survives its fall to Earth, or some other body. Meteorites are classified as stony meteorites, iron meteorites, and stony-iron meteorites. These groups are further divided according to their mineralogy and was found by a farmer while walking the perimeter of his farm, in Lincoln County, Kansas. It remained with the finder’s family and was subsequently inherited by his son. After being purchased by an American meteorite dealer in December 2001, it was analyzed at UCLA by Dr. Alan Rubin and classified as an H3.8 chondriteChondrites are the most common meteorites accounting for ~84% of falls. Chondrites are comprised mostly of Fe- and Mg-bearing silicate minerals (found in both chondrules and fine grained matrix), reduced Fe/Ni metal (found in various states like large blebs, small grains and/or even chondrule rims), and various refractory inclusions (such. Lost Creek is a remarkably well-preserved meteorite for its relatively high weathering grade of W3. Its gray-colored matrixFine grained primary and silicate-rich material in chondrites that surrounds chondrules, refractory inclusions (like CAIs), breccia clasts and other constituents. and numerous well-defined chondrulesRoughly spherical aggregate of coarse crystals formed from the rapid cooling and solidification of a melt at  ~1400 ° C. Large numbers of chondrules are found in all chondrites except for the CI group of carbonaceous chondrites. Chondrules are typically 0.5-2 mm in diameter and are usually composed of olivine are peppered with FeNi-metal grains. Lost Creek has a shock stageA petrographic assessment, using features observed in minerals grains, of the degree to which a meteorite has undergone shock metamorphism. The highest stage observed in 25% of the indicator grains is used to determine the stage. Also called "shock level".               of S2. The specimen of Lost Creek shown in the photos above and top below is a 5.1 g partial slice. The bottom photos show the main massLargest fragment of a meteorite, typically at the time of recovery. Meteorites are commonly cut, sliced or sometimes broken thus reducing the size of the main mass and the resulting largest specimen is called the "largest known mass". of Lost Creek courtesy of the Kansas Meteorite Society. 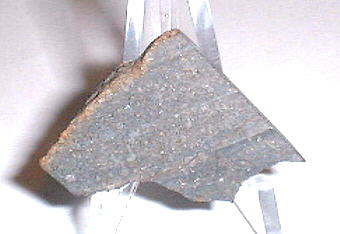 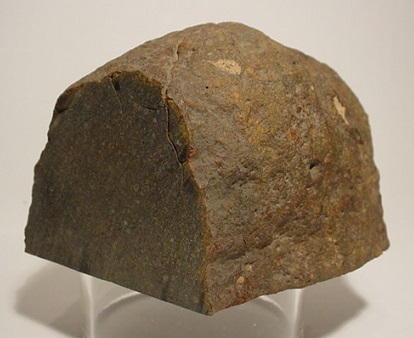 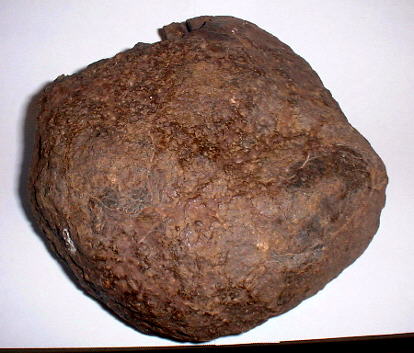