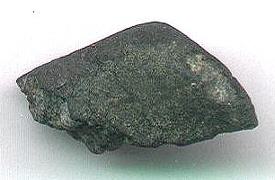 Fell February 15, 1997
35° 32′ N., 115° 23′ E. At 11:23 P.M. local time, a bright fireballA fireball is another term for a very bright meteor, generally brighter than magnitude -4, which is about the same magnitude of the planet Venus as seen in the morning or evening sky. A bolide is a special type of fireball which explodes in a bright terminal flash at its end, often with visible fragmentation. exploded into a shower of stones, which fell with whistling noises in numerous villages in Juancheng County, Heze Prefecture of Shandong Province, China. The fallMeteorite seen to fall. Such meteorites are usually collected soon after falling and are not affected by terrestrial weathering (Weathering = 0). Beginning in 2014 (date needs confirmation), the NomComm adopted the use of the terms "probable fall" and "confirmed fall" to provide better insight into the meteorite's history. If dispersion ellipse was ~10.5 km by ~4.3 km. More than a thousand stones fell, only one of which was reported to have damaged the roof of a farm building. The total weight of the fall was over 100 kg, with the largest fragment weighing only 2.6 kg. 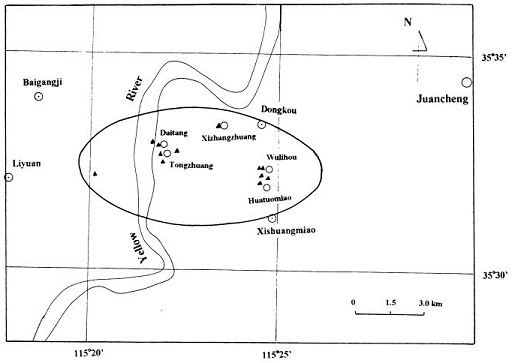 A complex cooling history for the higher petrologic typeMeasure of the degree of aqueous alteration (Types 1 and 2) and thermal metamorphism (Types 3-6) experienced by a chondritic meteorite. Type 3 chondrites are further subdivided into 3.0 through 3.9 subtypes. H chondrites (5/6) was suggested from thermometric studies conducted by Ganguly et al. (2012). They reconciled data from calculations of two-pyroxene thermometers with the Ar–Ar, Pb–Pb, and Hf–W closure temperatures of select minerals to determine a cooling history consistent with very rapid cooling between ~800°C and 450°C, followed by a very slow cooling stage, and then another rapid cooling stage. By contrast, those H chondrites with lower petrologic types experienced a steady state of very rapid cooling. It was proposed that this scenario was more consistent with a collisional disruption and re-accretion of the parent body as opposed to a smoothly transitional ‘onion shell’ model. A more in-depth discussion of the cooling history can be found on the Monahans (1998) page. Juancheng has been very weakly shocked to stage S2. Cosmogenic nuclideA nuclear species characterized by Z protons and N neutrons. data infer a pre-atmospheric diameter of 1.3–1.7 m and a CRE age of 5.3 m.y. The photo above shows a 4.7 g partial section of a small Juancheng individual.