PallasiteOne of two main classes of stony-iron meteorite, the other being mesosiderites. Pallasites are igneous in nature and characterized by crystals of olivine, sometimes peridot (green gem quality clear olivine crystals), embedded in a matrix of Fe-Ni metal. The type specimen, weighing 680 kg, was found in the mountains near, MG (main-group), anomalous silicateThe most abundant group of minerals in Earth's crust, the structure of silicates are dominated by the silica tetrahedron, SiO44-, with metal ions occurring between tetrahedra). The mesodesmic bonds of the silicon tetrahedron allow extensive polymerization and silicates are classified according to the amount of linking that occurs between the composition
high-Δ17O subgroup (see details on the Imilac page)

Recognized Summer, 1931
52° 0′ N., 108° 18′ W. Three masses weighing 85, 41, and 23 pounds, having a combined weight of 149 pounds, were found in a field 100 miles west of Saskatoon in Saskatchewan, Canada. One of the masses was sent by the finder to the Nininger MeteoriteWork in progress. A solid natural object reaching a planet’s surface from interplanetary space. Solid portion of a meteoroid that survives its fall to Earth, or some other body. Meteorites are classified as stony meteorites, iron meteorites, and stony-iron meteorites. These groups are further divided according to their mineralogy and Laboratory in Denver where it was verified as being meteoritic. The 117 pound (52 kg) main massLargest fragment of a meteorite, typically at the time of recovery. Meteorites are commonly cut, sliced or sometimes broken thus reducing the size of the main mass and the resulting largest specimen is called the "largest known mass". was found by Mike Farmer and team members in their 2009 expedition. 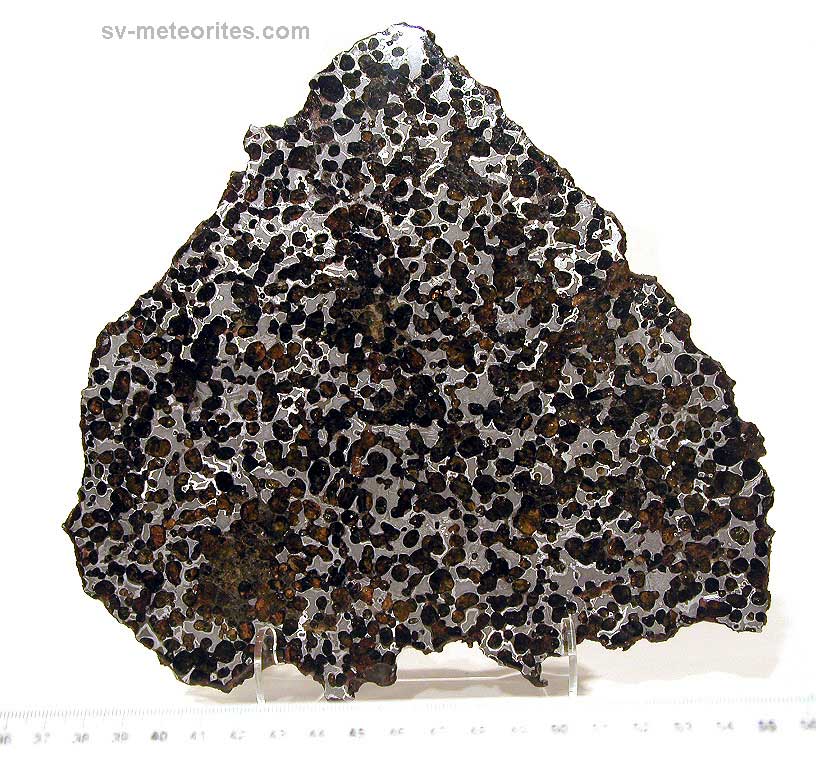