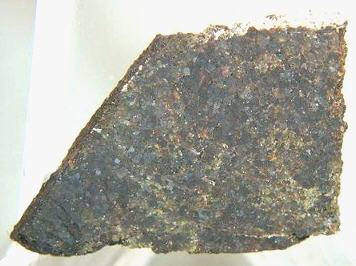 click on image for a magnified view Diagram credit: Beard et al., 81st MetSoc, #6170 (2018) Information concerning the origin and petrogenesis of the brachinites and the meteorite GRA 06128/9, considered to be a possible representative of the feldspathic crustOutermost layer of a differentiated planet, asteroid or moon, usually consisting of silicate rock and extending no more than 10s of km from the surface. The term is also applied to icy bodies, in which case it is composed of ices, frozen gases, and accumulated meteoritic material. On Earth, the of the brachinite parent body, can be found on the NWA 3151, Reid 013, and Eagles Nest pages. The specimen of NWA 4969 shown above is a 0.93 g partial slice. The photo below shows the partial stone as found. 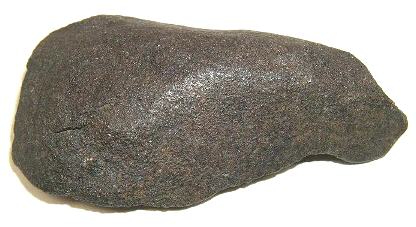