Found July 30,1930
30° 45′ S., 117° 47′ E. A mass of 54.2 kg was found NW of Bencubbin, Western Australia by Fred Hardwick while plowing his farm. A second paired mass weighing 64.6 kg was found in 1959 in nearby Mandinga, and in 1974 an additional mass weighing 15.76 kg was recovered. Bencubbin is a primitive, polymict chondritic brecciaWork in Progress ... A rock that is a mechanical mixture of different minerals and/or rock fragments (clasts). A breccia may also be distinguished by the origin of its clasts: (monomict breccia: monogenetic or monolithologic, and polymict breccia: polygenetic or polylithologic). The proportions of these fragments within the unbrecciated material containing metalElement that readily forms cations and has metallic bonds; sometimes said to be similar to a cation in a cloud of electrons. The metals are one of the three groups of elements as distinguished by their ionization and bonding properties, along with the metalloids and nonmetals. A diagonal line drawn clasts (~60 vol%; 63 vol% for a sample as determined by heliumHelium (He) Second lightest and second most abundant element (after Hydrogen) in the universe. The most abundant isotope is 4He (99.9998%), 3He is very rare. Helium comprises ~8% of the atoms (25% of the mass) of all directly observed matter in the universe. Helium is produced by hydrogen burning inside pycnometry, Consolmagno et al., 2007), achondritic silicateThe most abundant group of minerals in Earth's crust, the structure of silicates are dominated by the silica tetrahedron, SiO44-, with metal ions occurring between tetrahedra). The mesodesmic bonds of the silicon tetrahedron allow extensive polymerization and silicates are classified according to the amount of linking that occurs between the clasts, and chondritic xenoliths, all of which are fused together by a glass–metal-melt. The often rounded metal clasts, which occur in sizes up to ~10 mm, are aggregates of sub-mm-sized kamaciteMore common than taenite, both taenite and kamacite are Ni-Fe alloys found in iron meteorites. Kamacite, α-(Fe,Ni), contains 4-7.5 wt% Ni, and forms large body-centered cubic crystals that appear like broad bands or beam-like structures on the etched surface of a meteorite; its name is derived from the Greek word and sulfide grains that have been sintered together. These clasts show evidence of fractionationConcentration or separation of one mineral, element, or isotope from an initially homogeneous system. Fractionation can occur as a mass-dependent or mass-independent process. based on volatility-controlled processes. Other sub-mm- to mm-sized metal grains also occur. The silicate clasts in Bencubbin have skeletal olivineGroup of silicate minerals, (Mg,Fe)2SiO4, with the compositional endpoints of forsterite (Mg2SiO4) and fayalite (Fe2SiO4). Olivine is commonly found in all chondrites within both the matrix and chondrules, achondrites including most primitive achondrites and some evolved achondrites, in pallasites as large yellow-green crystals (brown when terrestrialized), in the silicate portion or cryptocrystallineCrypto meaning "hidden" refers to a rock texture in which individual crystals are too small to be distinguished even using a standard petrographic microscope. Crystals are typically less than a few μm in size - any smaller and the texture would be considered amorphous. Among sedimentary terrestrial rocks, chert and textures, and lack FeNi-metal inclusions, possibly attesting to their formation prior to FeNi-metal condensation at the source region. 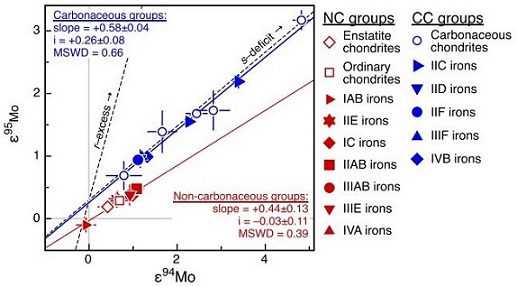 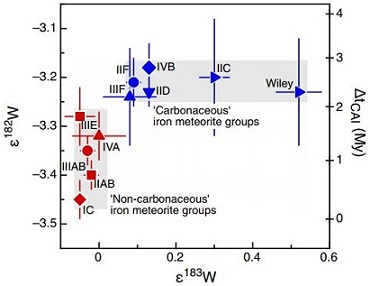 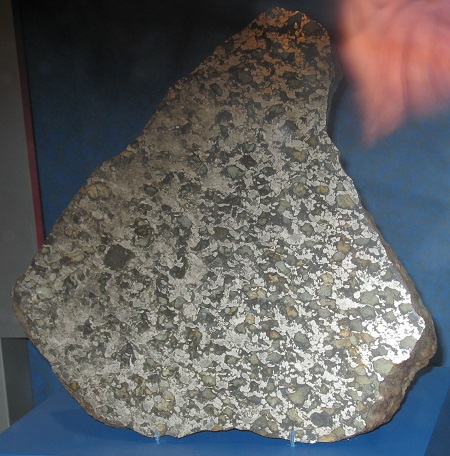