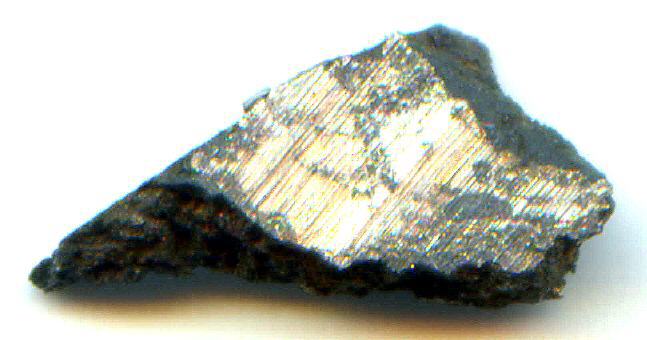 Special thanks to Siegfried Haberer and Stephan Decker for providing specimens of this special meteorite and many of its xenolithic inclusions to the scientific and collector communities. The photo of the MS-181 bencubbinite inclusion shown above, and the reverse below, is a 0.107 g cut fragment. 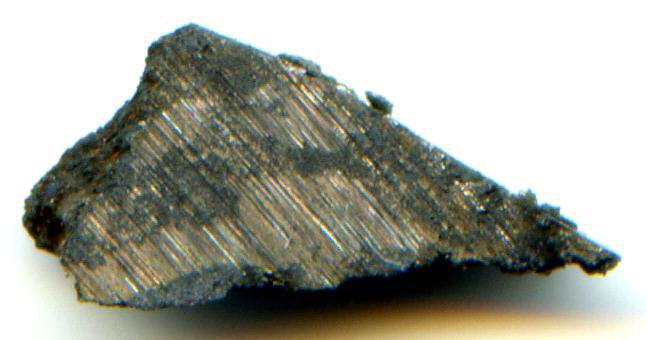